Nine-year-old Ali Schwartz has goals. With four GO FAR seasons under her belt, she is likely to meet some of them soon. As the first girl to finish May’s GO FAR 5K at 22:54, Ali hopes not only to beat her time at the November race but also to beat her 11-year-old brother, Mikey.

Long-term, she hopes to run in the Boston Marathon and eventually, the Olympic Games. 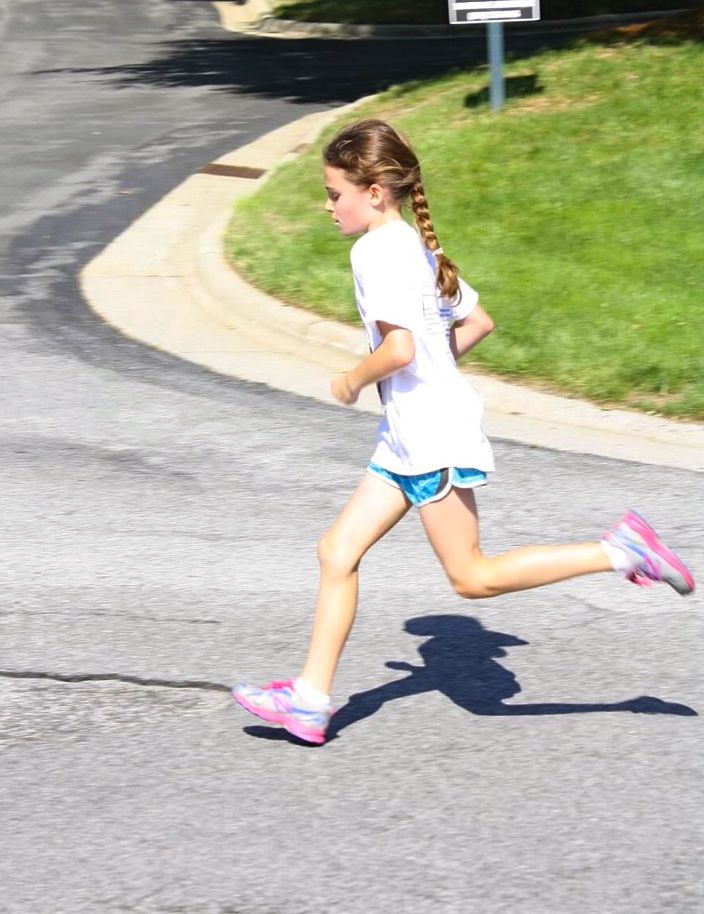 The Westchester Country Day School fourth grader is in her fifth season of the program. She started with a few fun runs in first grade and ran her first 5K in second grade. She credits GO FAR with making her a better runner.

“The GO FAR program is definitely what sparked Ali's interest in running,” her mom, Heather Schwartz, said. “She seems to have a natural talent and really enjoys it.”

Ali is drawn to running. It’s fun and makes her feel calm, though it’s not without challenges. “Sometimes the hills are hard,” she said. “I don’t like it when people pass me.”

If Ali doesn’t meet a goal, she doesn’t let it get her down. “She just works harder next time,” said Heather.

That drive explains why Ali also came in first place at the recent GO FAR Fun Run at the High Point Cycling Classic this month.

Ali may be inspiring, but she recently had the chance to nominate someone who inspires her, a hometown hero to recognize at her school. Her choice? GO FAR Founder Robin Lindsay. “I chose Robin Lindsay because I think it is amazing that the GO FAR program started so small and now it is huge!” Ali said.

Heather, who is also the GO FAR coach at Westchester, said the school’s program has also seen growth. “The program has grown every season and it has been very exciting to see so many kids complete their goal of running a 5K. The kids have inspired their parents and some of their teachers to run with them.”

Ali’s own family plans to run a 5K on Thanksgiving Day, including her six-year-old brother, Coleman. “I have to admit, I cannot keep up with any of them in a race anymore!” Heather said.